What is the Greenhouse Effect?
According to wikipedia, the Greenhouse Effect "is a process by which thermal radiation from a planetary surface is absorbed by atmospheric greenhouse gases, and is re-radiated in all directions".The four main gases being emitted are water vapor, carbon dioxide, methane, and nitrous oxide. This effect is said to be the reason for Global Warming.

The warming of the atmosphere is caused by the greenhouse gases that are released by the populants of the earth.

What conditions cause the warming of the atmosphere?

Observations
The soil started out at room temperature. After it was heated for five minutes, the temperature rose more for the cup covered with aluminum than the others. The one open cup did not change at all. 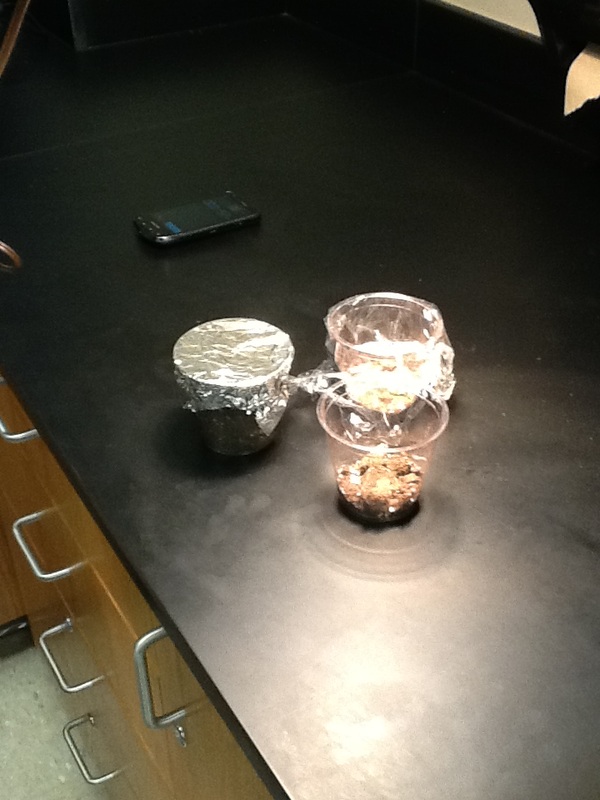